The city of Valence held a series of events between 3rd and 5th of June 2016 to celebrate their 50 years of town twinning.

Tendring was represented by Cllr Mark Platt, Vice-Chairman of Tendring District Council who was accompanied by his family, nine members of the Tendring Twinning Association committee, sixteen children from Rolph Church of England School Thorpe-le-Soken and the Leading Lights Morris group from Harwich.

It was a weekend full of activities and exchanges – including a formal exchange of gifts and a signing of the renewal of the charter of our continuing partnership. Saturday included an unveiling of their ‘totem pole’, a Big Parade and an evening meal with acts from the seven twin towns. Sunday began with an ecumenical service in the magnificent cathedral and ended with a lunch before the delegations began to disperse and go their separate ways.

More news and photos of the event will follow soon, a small selection is shown here (click on image for a larger version):

The Mayor of Valence, Vice-Chair of TDC, Chair of TTA and Chair of Jumelage 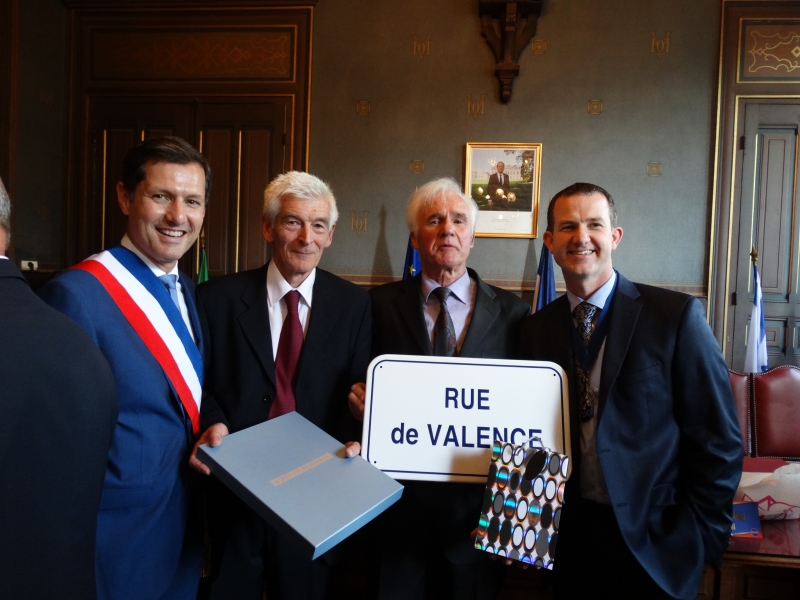 The Mayor of Valence, Vice-Chair of TDC, Chair of TTA and Chair of Jumelage