On 11 January we held the first meeting with our Biberach friends since Christmas  2019. Marianne and Petra had organised a Zoom meeting online, which proved to be a very easy and enjoyable way to make contact again. We shared our experiences of lockdown, vaccination, the weather, favourite reading material and many other everyday interests. There will be another meeting on 15 February so if you would like to join please be sure to contact Joy for details.

Marianne wrote an article for the Schwabische Zeitung which appeared on 15 January together with a screenshot of some of the participants:

6 people from Biberach and 9 people from Tendring  took part . The last face-to-face  meeting had taken place on the Christkindle market in Biberach in 2019. Therefore it was a great pleasure to see each other.

Since the meeting we have also received some pictures of the recent snowy weather in Biberach:

And a walk in the woods:

This has been a strange year – probably the strangest year since the association began more than 50 years ago. Nothing has happened within the TTA since the end of the Biberach market in December 2019. We had a committee meeting in February, but since then we have depended on sporadic emails. We had hoped to have an AGM in April – but as you know we were still in lockdown. The van has been in its parking spot in the Tendring Council depot in Clacton throughout this time. At present we have not taxed it and have no plans for moving it in the foreseeable future.

This year we have sadly lost two highly valued and respected members of the TTA. John Wolton passed away in May. When Adrian and I first got involved, John and Judith were very active TTA members. For us they were the epitome of a fit, retired couple. One that we hoped to emulate! The association has much to thank both John and Judith for in their many roles and we will all miss John very much.

The other person who passed away this year was Paul Sharpe: he was my predecessor and a dedicated chairman who worked hard during his term of office. He led the TTA through a busy period in its history. He organised English courses, trips to Valence, Biberach and Swidnica. Last year we had a meal at The Pavillion to celebrate the end of the Clacton market and both John and Paul were with us. Paul was already wheelchair bound although he was still able to speak to us, we were saddened to see his decline. The association would like to remember both Judith and Sue as they approach their first Christmas without their partners.

I would like to wish all of you a Merry Christmas and a Happy New Year in 2021. We will, of course, organise an AGM as soon as we are able to. In the meantime, I would ask you if you could help the Biberach twinners. This is what they are asking for:  ‘we were asked by the Schwäbische Zeitung, our local newspaper, to ask our partners in the twinning towns for a short report about –

– How you spent christmas

– How people are doing in Tendring

– What is actually worrying you

Pictures would be welcome. ‘

If any of you would like to send me a brief email by the 1st January 2021, I would very much appreciate your input.

Calling all Tendring Twinning Association members: the committee had set a date for the AGM for Wednesday, 29th April. As the news of the Coronavirus is ever-changing, it seems that this date might well be too enthusiastic.

The situation is still unclear, but we want to let you know that we are still keeping on top of things and will let you know of a postponed date if it becomes necessary at the earliest possible opportunity.

Are  there any members who might be able to put up our twinners for the CVST Christmas Market this year?

It will be from Thursday 14th or Friday 15th November to Sunday 17th.

Please contact Joy Phillips, Chairman as soon as possible if you can.

Help with transport and accomodation will be much appreciated.

Tendring twinners and friends are warmly invited to join us and the Twinners coming over for the Christmas Market at the Town Hall, for a dinner at Armstrong’s restaurant in Clacton.

Anyone wishing to join us will need to pay for themselves. We will gather at 18.45 on Saturday, 16th November.

Please let Joy Phillips, Chairman, know by the 4th of November at the latest to reserve seats.

The Christmas Market in Biberach this year is from the 30th November to the 14th December.

This is a chance for any TTA member to go to Biberach to work on  the Tendring market stand for one of the weekends or perhaps longer. Regular low-cost flights are from Stansted to/from Memmingen on Thursday, Friday, Sunday and Monday, local transport on to Biberach is usually available.

We are very fortunate in being well looked after during these events and it is a busy but fun time at a traditional small-town German Christmas market.

Please contact Joy Phillips as soon as possible if you are thinking of going.

Would any TTA member  like to go to Valence for the annual market?

The market is on the 21st of September. The Valence twinners are putting on a celebratory meal on the Friday evening, then the market is on the Saturday, with our twinners being given tickets to go and eat at the Fete de la Gastronomie. This event  is on all weekend and last year when we went it was truly a great experience.

If you would like to join this event as a guest then please contact Joy Phillips as soon as possible.

I am in the midst of helping to organise the visit at the beginning of September with 34 mainly young people coming from Biberach to perform Godspell with Melissa Wenn’s  Princes Youth Theatre group. This is an exciting and new experince for our town twinning activities.

Biberach residents have been extremely generous in hosting the Youth Theatre Group during visits to Biberach as part of their rehearsals.

Would you be able to put up any folk from Wednesday 4th September to Monday 9th? They would only need breakfast as we have arranged a full programme of activities during their stay. Of course we would be delighted if you can also  come to the performance on Saturday 7th.

Please contact me if you think you may be able to help and we can discuss details. 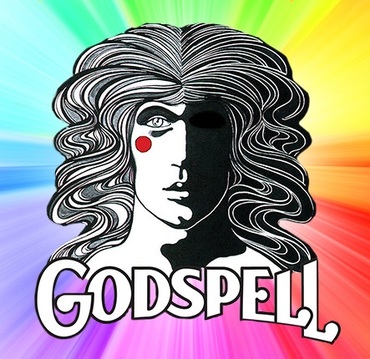 For more details and to book tickets click here

We hope you can all come and support this exciting twinning event.

Following last year’s successful project, this year the Essex Book Festival and the Tendring Twinning Association have launched another event. Children from Years 5 and 6 in Holland Haven Primary and Frinton Primary Schools have produced some interesting writing and drawings telling us what they consider their home to be.

On Thursday, 4th July we gathered in the library in Clacton: the letters were on display (and will be until 11th July). The children from Holland Haven chose and read out their favourite letters. We were all delighted to hear that the children all considered themselves ‘safe’. Of course, other words were used such as ‘protected, chaotic, noisy, loved, cosy, calm, comfortable, crazy, mess, relaxed, good food, family and joyful’.

The Tendring Twinning Association are asking children in schools in Valence (France), Biberach (Germany) and Swidnica (Poland) to write what they think their homes are, and next year we will be comparing them with our letters.

The children all enjoyed reading their home descriptions and also had a good time eating fruit and cakes so beautifully made by Ros Green, Director of the Essex Book Festival.

We look forward to receiving the letters from abroad and comparing them to our letters!